Big Soda & Big Food started the current nutritional misinformation mess with their bastardization of the first law of thermodynamics. "It's just calories in versus calories out! That's the big secret! Work out more and you'll burn off all the extra calories". Really?
There are 2 things written in this statement.

1) work out out more and you'll burn off all the extra calories.
2) Calories in versus calories out which is a statement that energy is neither created nor destroyed and is governed by the first law of thermodynamics.

Both statements taken in isolation sound like the most sense you'll hear all day during the season of presidential debates. Doing more requires more and yields aesthetically favorable results governed by The First Law of Thermodynamics! Perfect sense.
The problem is that, as a marketing statement based on deliberate disinformation, this is pure genius. I have to grudgingly give it my utmost respect. It sounds true. It looks true. It's beautiful in its simplicity and elegance. It hints at your prior human experience. It invokes scientific thoughts. It has intrinsic mathematics associated with it (Energy in - Energy Out = change in system energy). Any idiot can understand it.
Here's how they getcha though.
​The self-same idiot who found it easy to understand can easily misunderstand it too, or rather, they can fail to understand the false premise, application and assumptions that this statement relies on. All too often, just like an avid Trump or Clinton supporter, all it takes is constant repetition of a lie to make it seem like that lie is actually a fact. We can check these things for validity though, provided we keep an open mind and are committed to finding the real answer rather than a convenient truth. So armed with that thought, let's see if all Mexicans are rapists and murderers who'll pay to build their own wall.

​I've often been complimented on my wood. Here it is.
This is all the wood I have. I can harvest more but for right now this is what I got. ​

​​This is my cabin in the woods. Wood is plentifully available which is why I live here. After all, if I want to stay warm this winter I'm going to need that fuel (Energy in) to keep my pinkies toasty.
Every day I consume resources (wood) and burn them for energy. The amount of chemical energy in the wood is released as thermal energy (heat) as a result of combustion and my stinky digits remain at a soothing temperature.
That's right...it's just energy in versus energy out. If I need more heat then I simply burn more wood and my log pile (think chubby-belliedness) reduces in size. Simple. Jillian Michaels is off to Princeton to claim her honorary laureate in theoretical physics and obesity is cured. Not quite.

Now, I personally know that this isn't the whole story. The reason I know is that my Grandma used to task me with cleaning last night's fire to prepare for today's. The fire didn't burn the wood and coal (Pure luxury. We were in Yorkshire after all) completely. What was left was ash. Ash, like fiber in the digestive tract, cannot be consumed completely. It just passes right though the process. So here, some of the calories in do not convert to calories out in terms of energy. This is a minor point compared to the next one though.
Imagine your favorite game is "try to kill a mouse with a chainsaw". As you play, the mouse, evading (as is his want) causes you to destroy several tables, chairs and doors. These items must be replaced as they have been converted to sawdust. As a result of your remanufacturing the new amenities, you have consumed a considerable portion of your woodpile and yet no heat has been generated. Calories in but no calories out. This is analogous to your regeneration of tissues within the body. Your skin on it's own requires complete regeneration every 90 to 120 days and is the biggest organ in your body. This requires protein input i.e. calories in but very specific calories. Fat and carbohydrate will not suffice and there are no calories out in terms of movement or exercise.
At this point I'm guessing that you see how not only how the calories in versus calories out idea is incorrect but also that the type of calories in makes a difference. If you believe that calories in = calories out then watch a guy eat 50 calories of fat, another 50 calories of sugar, another 50 calories of alcohol, another 50 calories of heroin and lastly 1 calorie of LSD and see if they start exercising the same way. Pretty obvious when you put it that way, huh?

Science can be pretty simple. One of the simplicities, which is universally applicable, is that any hypothesis must match the observed characteristics if it stands a chance of being correct. Calories in versus calories out doesn't do this. If it were true then babies would not grow. If you fed them they would react by being fast for a while until those calories were expended or converted and then they would shut up and lie still. That they grow shows that fewer calories are expended in output than are ingested.

Other examples of observations not matching this hypothesis:
Fat men in the gym doing very energetic things
Skinny methhead types having never been in a gym or engaged in exercise are often extremely lean.
Obese mothers nursing starving children​
I gained weight by eating granola during training for an Ironman race where I was cycling 400 miles per week, swimming 10 and running over 100 at peak times.
Do you feel like I've debunked? By now, you should be feeling an overwhelming sense of debunking. So if it isn't calories in versus calories out then what is it? Well, we've know the answer to this for about 200 years and it's been published in medical journals of endocrinology since the 1960s in very formalized and emphatic language.
There is only one thing responsible for turning food into fat in the human body and that one thing is insulin. Every other hormone has a tendency to promote energy availability from fat with the exception of insulin which stores fat. It is the one thing. The only thing and manipulating your body's insulin response to food is the key to controlling body fat in every case. If you are type II diabetic you have almost certainly been complicit in your own demise for many years of abuse of your systems. Clean up. 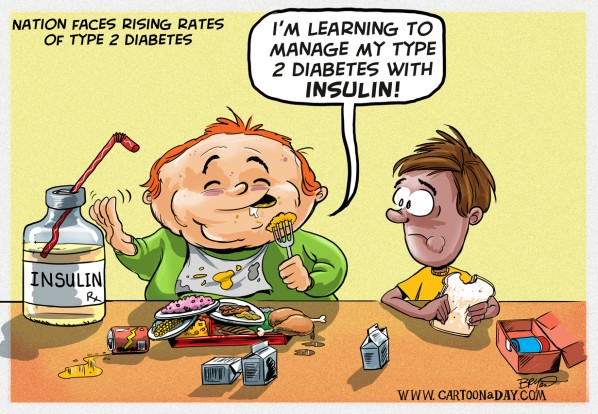 .
You're broken. At one time you were able to consume quantities of sugar and your islets of Langerhans did a great job of secreting insulin from beta cells which would control the glucose levels in your blood by turning any excess into fat. This is a very important function for many reasons but simplistically because glucose, as every diabetic knows, is toxic. Too much and you pass out and die. Sugar is a molecule of glucose attached to a molecule of fructose. Fructose is metabolized in the liver and the liver is a champion of toxic processing. In most people it has an almost inexhaustible ability to handle excess fructose resulting in nothing more than obesity.
While that doesn't sound like a good result you have to understand that what I just said is that obesity is a very healthy reaction to a toxic food source. The glucose, however, which is released from the sucrose (sugar) molecule as soon as the enzyme sucrase jabs at it will kill you in a flash if not handled correctly so we condition our body to react to a large onslaught of glucose with bucket fulls of insulin. As our reaction increases, our sensitivity decreases and the more we dose our system with insulin until there's so much swimming around in our blood that it turns all glucose to fat. The more we derange our insulin reaction, the more the glucose in our blood has a propensity to become fat and get stored. Herein lies the problem. We need to change this metabolic derangement if we are to lose weight successfully. This is the hard part as this feels like withdrawal from an addiction. That's because this is exactly what it is. Cold turkey. Very unpleasant. Kicking the sugar habit is at least as hard as quitting smoking or chewing tobacco. 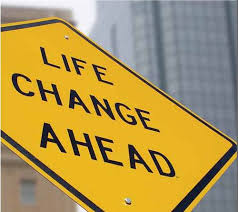 ​There comes a point where you just have to accept the natural principles and work through them if you want the result that can only come by doing so. To attempt anything else is a fools errand. The fact is that losing body fat is all about regaining control of your insulin production. The only way to do this is in an absence of refined and simple sugars and other high glycemic index carbohydrates. Fasting doesn't work. There's no such thing as detox dieting and you can't just do more exercise because it ain't calories in versus calories out. That just doesn't work.
You need lean meat and veggies, nuts & seeds, some fruit, little starch and no sugar and anyone who says otherwise is mistaken or misleading you and probably doing so with the intent to remove Benjies from your wallet.

The bottom line here is that you must eat the right foods in the right amounts (don't fast) so that your incredibly resilient body can repair itself. It takes time vbut the good news is that it is inevitable. It works for everyone, It always works, it takes time and effort but your entitlement to a healthier future is assured.

Time to put in the work. Do you have what it takes? There's no easy way. There's a simple way but it uses words like discipline, gumption, planning, relentlessness, support, honesty, integrity, accountability, focus and determination .

The ball is in your court. Good luck and don't be distracted by the ridiculous hype of those trying to sell you dieting product. It just won't work.