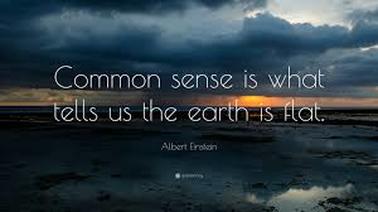 If ever there was a peeve that irritates me beyond reasonable human comprehension it is this.
Any virtuous human endeavor is subject to the unprincipled attentions of profiteers. Those parasites which serve to exploit the virtue of the principles and the ignorance of their fellow humans rather than participating in the furtherance of either. The health and fitness industry is rife with them. This pisses me off.

What is particularly obnoxious about fitness marketing is that it lies. It warps the truth in a way that the not-so- well-informed will miss while sounding like it ought to be true.
Take my old friend the FitBit, for example. The FitBit basically promises to count the calories that you are expending during the day. It uses an accelerometer to determine movement. Those movements require energy. The energy expended can be cumulatively totaled and behold, there's your daily energy expenditure. Sounds legit, right? Except it isn't. The whole premise is flawed.
​
Energy output is so difficult to determine in animals that we can't even do it in a lab. We can estimate Basal Metabolic Rate (BMR) fairly well but any time a movement is made there are components of internal energy change, thermal output and chemical conversion as well as the mechanical effort. In fact, if you're a high school physicist you'd swear that a man running on level ice with no speed change is using no energy in theory. Clearly, this isn't correct in reality. Unfortunately for FitBit, neither is use of hand position as a correlate for energy used. It looks like it could get you headed in the right direction but how accurate is it. Well, we don't know. We can't do it in the lab to perform a control. We can't even do a macro study to say that over a 7 day period given the food input and his final weight that his output must be X. The reason for this is the modulating action of insulin. We don't know where that weight came from and not all weight in humans is worth the same energy.
​
Given that this is the case and that instruments are rated on accuracy (how close to the real value), precision (how many decimal places does the reading allow resolution of), repeatability (likelihood of two consecutive readings of the same real number giving the same reading) and reproducibility (ability to reproduce the reading when subjected to a different operator) I have already patented my offering. It is at least as accurate and far more precise, repeatable and reproducible than a FitBit could ever be. Here it is: 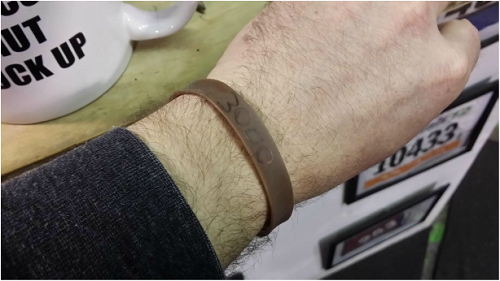 It has perfect repeatability and reproducibility and given it's precision to single calories and an accuracy which, on average, will be far better than a fit bit could ever be. It doesn't, however, satisfy the primary purpose of a FitBit which is to remove $150 plus from your pocket book.

Be a little more discerning when scouring the interwebs for expensive stocking fillers that hint to your partner that you're a little concerned about their body composition this Christmas. Buy them a gym membership. Don't buy them "a fitness wearable". They don't work, they're expensive, they're destined for the junk drawer and they tell your partner that you're a moron. They may already suspect this. Don't demonstrate it beyond reasonable doubt.