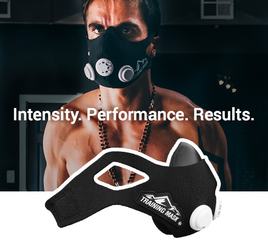 Maybe you've seen this dipshit at the gym.
He's easy to spot given that he looks like Hannibal Lecter. He's doubtless dressed for full P.T. combat. In addition to the ridiculous mask, he surely has other accoutrements such as knee sleeves, wrist wraps, lifting belt, 3 types of shoes (not including lifters which he uses to squat in), shin guards, 3 types of gloves / grips, a weight vest, and shorts over the top of a pair of compression tights. Now, I don't want to come across as too scathing. After all, I have quite a bit of empathy for this character from my Ironman days.
I know exactly what it's like to yearn for better performance so acutely that you'd pay anything for another gizmo that will make you just seconds quicker over 140.6 miles. Didn't know carbon fiber was addictive? You do now. No, this creature is to be pitied, not spurned. The evil-doer is the guy who's making the stuff that he's buying and marketing it to him with claims that are, if not extremely spurious, flat out lies. 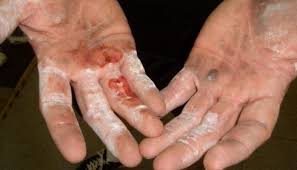 First, let's attend to the stuff that works but is oversold. Gloves are intended to be worn as a hand covering and a good quality one will fit like a...well. Of course. Do you need them? No. For the most part we covered this in an earlier rant. However, if wearing a glove, despite your poor technique, allows you to remain uninjured then I salute you. Now, get your shoulders unglued and work on those pull ups. Is $60 too much for a new set of bitch-mittens that barely last though a competition? Absolutely. $20 every six months sounds about right to me. Nothing scientific in that. It's just my 2 cents.

At the same end of your other appendage we have shoes. A set of lifters for olympic lifting (not squatting or deadlifting - the clue is in the name. They'd be called squatting shoes if that's what they were for. Lengthen your calves and get your heel on the ground ), a zero drop pair, a 3mm drop pair, some 6mm drop for your 5k and 10k WOD and 8mm should get you through your marathon training. Do you need them all? No. If I was only allowed one pair of shoes in the whole world it would be a pair of zero drop Inov8s (F-lite 232 or similar depending on model year). I used to say Inov8 F-Lite 195s but if you persist then nothing bad happens as a result of using your feet with the geometry nature intended so long as your technique is on point.

World's stupidest shoe. A subject for a future rant from hell. Stupid!
Weightlifting belt? Sure. Very few companies oversell these since most, like the athletes who wear them, don't actually know what they do or what they're for. Let's get onto the juicy bits. 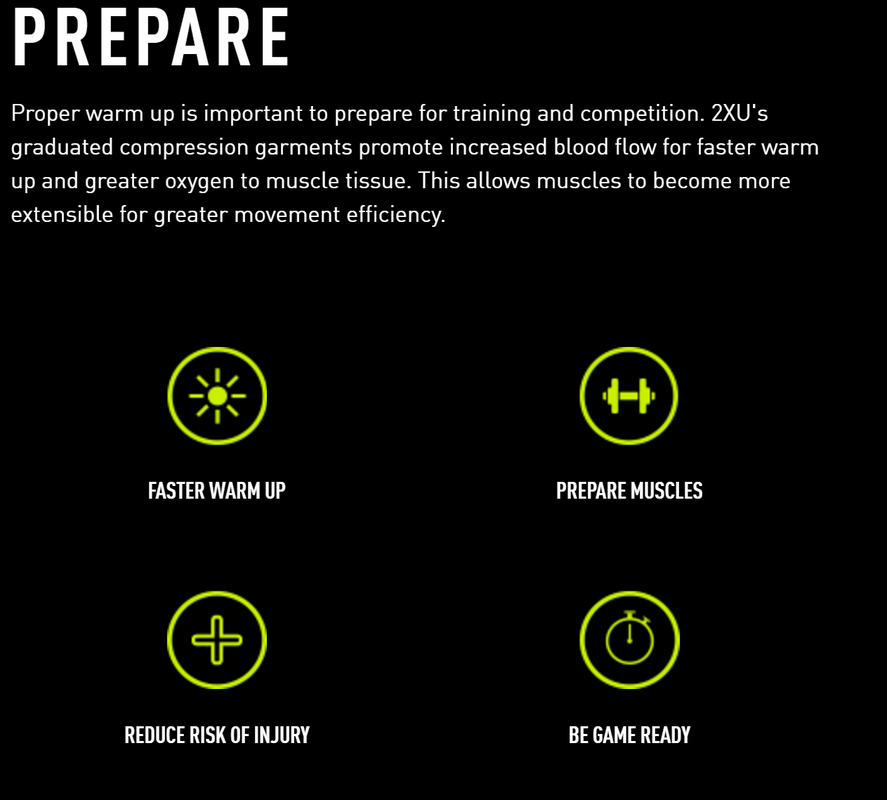 Compression tights. Do they work? Yes! There's plenty of good science circa 1970s that indicate that compression tights or socks with a graduated compression between 10 and 40mm Hg starting at the ankle work really well with few contraindications. So here's the thing...what are they doing when they're working? Well, they promote blood flow back up the leg in the direction of decreasing graduated pressure. When do they work? In stasis. The device was created as a preventative measure against deep vein thrombosis. The science that says all that is listed at the bottom of this blog. So, if they work when you're sitting still, why wear them when you're moving? Well, as a strategic bet, if you're involved in a very long period of monostructural, short cycle time movement (running or cycling for instance) then there could be a benefit. Pros? It may work and you get increased bloodflow to your gams. Cons? It doesn't work and you look like a tit. Big deal. No harm no foul. Triathletes rejoice! Now, will it help when lifting weights for 12 minutes at a time? Doubtful.

Prior to the invention of compression tights we would often see evidence of the claim "keeps your muscles in place" which inspired the slogan commonly found on CrossFit ladies T shirts, "Traps are the new tits". This issue, now resolved, apparently by use of compression leggings in awful prints and colors, has resulted in the new CrossFit ladies T shirt slogan "Same old tits".
Instantaneous blood pressures due to heavy load lifting are insanely, aneurism promisingly, high. 30mm Hg at your ankles isn't going to make a hill of beans difference if the veins in your abs are bulging out with return flow blood pressure. Bottom line, they help with recovery, maybe with endurance running and cycling and not with most weightlifting type workouts except to keep your legs a tad warmer. Now go find a pair being advertized and look at the promises of glory. They're quite spectacular. Even 2XU (pronounced "two times you" not "too ekks ewe") make audacious claims culminating in the presentation of a hyperlink labelled "Proof" which upon selection, of course, contains no such thing.
But hey...we all know this isn't really what we're here to moan about. What about our man from the top of the page trying to pull off the world's worst Bane impersonation?
This has to be the most serious bag of bollocks ever to be presented as a useful exercise tool since the shake weight.
Here's how the offence is perpetrated:
1) Start with a fact that everyone knows is bullet proof like "Training at altitude is great for your cardio-respiratory endurance".
2) Introduce the idea that training at altitude is hard because there's less oxygen.
3) Extend the proposition - "If there's less oxygen then it's harder to breathe."
4) The Prestige - "We have invented a thingy which makes it harder to breathe."
5) Add "value" to the proposition to create the illusion of a genuine value proposition - "Now you don't need any mountains because we made it harder to breathe, like on mountains, but without them using this device".

Awesome. Well done boys. You've stretched science and your reputation beyond hope of repair. Although your patent (yes, they bothered. Not sure why) is circumventable. Here are my offerings:
​ 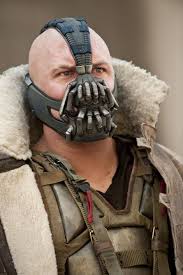 As hilarious as this is, our poor dipshit above is now $80 worse off and is training in awful conditions to make performance gains that are less than he could've had if he's not bought the thing in the first place. He won't have that stupid tan line and no one will accuse him of holding up stagecoaches but none of the claims made below will have been realized. But why? The study was funded by the ACE without conflict of interest. How could this happen. Well, you can research the paper. It's linked at the bottom of the page. The ACE did fund it. They just didn't reach any of the conclusions listed. They just pretty much said it didn't work except that it made it harder to breathe. But hey, don't let that stop your marketing department from making up a big, fat lie to sell your shoddy crap. 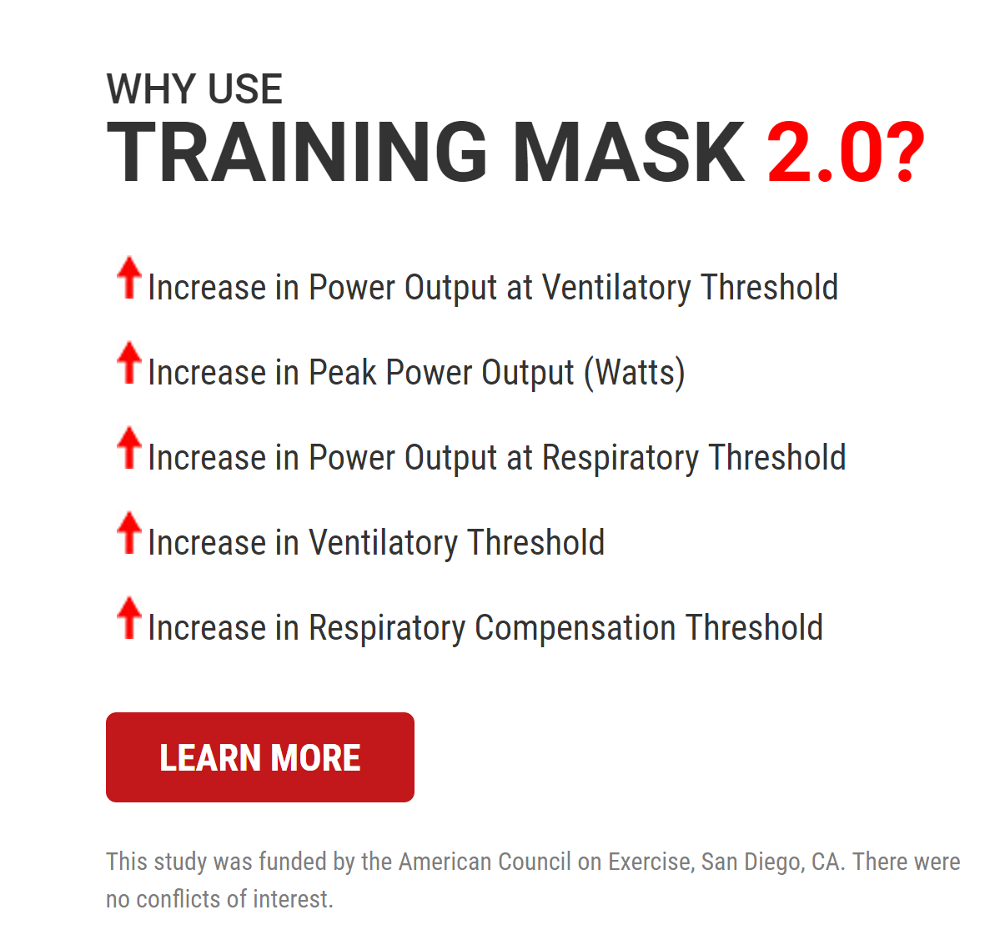 The ACE isn't exactly a bastion of scientific quality. They're next to worthless in terms of training high-quality personal trainers. Some of the worst examples in the industry that I've met have managed to pass the ACE exam and their manual is full of outdated and technically incorrect material. However, they can still spot a douchey company like this and blow a hole in their worthless product.

Once again, I despair at the poor quality, misleading and outright dangerous material which passes for information in this industry. I implore you to keep a critical eye when faced with such claims. Look for the science. Follow it deeply and draw logical conclusions. Perhaps then we can force some of this quackery out of our lives and get fitter that much more effectively (and more cheaply). Seriously. Who the hell would wear that thing out in public? I'd rather be seen in compression tights.